It’s highly unlikely that Apple stock will reach $1000 anytime in the next 10 years and here’s why.

Apple’s stock price is currently around $150 per share, so it would need to increase by over 700% to reach $1000 per share. While this is certainly possible, it seems highly unlikely in the near future.

The question then becomes, what are Apple doing that could warrant a 700% increase in value? They won’t get there with future iPhone, iPod or iPad releases, in fact they rarely move the share price much anyway. So it would need to be ground breaking product in a new industry, such as electric vehicles.

Apple are thought to be developing an electric car and although it is unlikely to be released anytime soon, future announcements of a launch could be the catalyst to pushing the stock price closer to $1000. If Apple develop an electric car, chances are it will be special and, more importantly, in high demand. They’ll release a limited number of them to increase desirability and they’ll become the must have gadget. Apple are experts in product launches and if the product is a success, they’ll be on course to take a huge chunk of market share in a growing, billion dollar industry.

They have a huge cash reserve, currently sitting at $246 billion. They could start paying out large dividends to shareholders, or they could do share buybacks, which would reduce the number of shares in circulation and push the stock price up.

I love buying companies with huge cash reserves because one day, they will most likely do something with that cash to grow the business. In Apples case, they are sitting on enough fire power to buy huge companies, giving them instant market share.

In the past, Apple have acquired companies such as Beats Electronics for $3 billion and NeXT for $400 million. These acquisitions have given them a strong foothold in the music industry and the computer industry, respectively. If Apple were to make more acquisitions in strategic industries, it could be the key to pushing the stock price up to $1000 per share.

Apple have done a number of stock splits in recent years, which have the effect of increasing the price per share while decreasing the number of shares outstanding. This has made Apple’s stock more affordable for individual investors and may have contributed to the recent rise in its stock price.

It is also worth noting that Apple’s market capitalization (the total value of all its outstanding shares) is currently around $750 billion. To reach a market cap of $1 trillion, Apple’s stock price would need to increase to around $667 per share. Again, while this is possible, it seems unlikely in the near future.

Predicting long term share prices with companies like Apple is very difficult. It’s similar to predicting 10 year growth of companies like Tesla, there are a lot of ifs and buts and it’s not worth clogging up chunks of capital long term on something with such a low chance of happening. There are far too many short to medium term opportunities that could increase 600% much sooner. 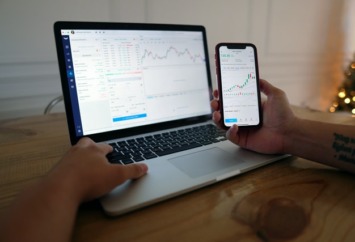