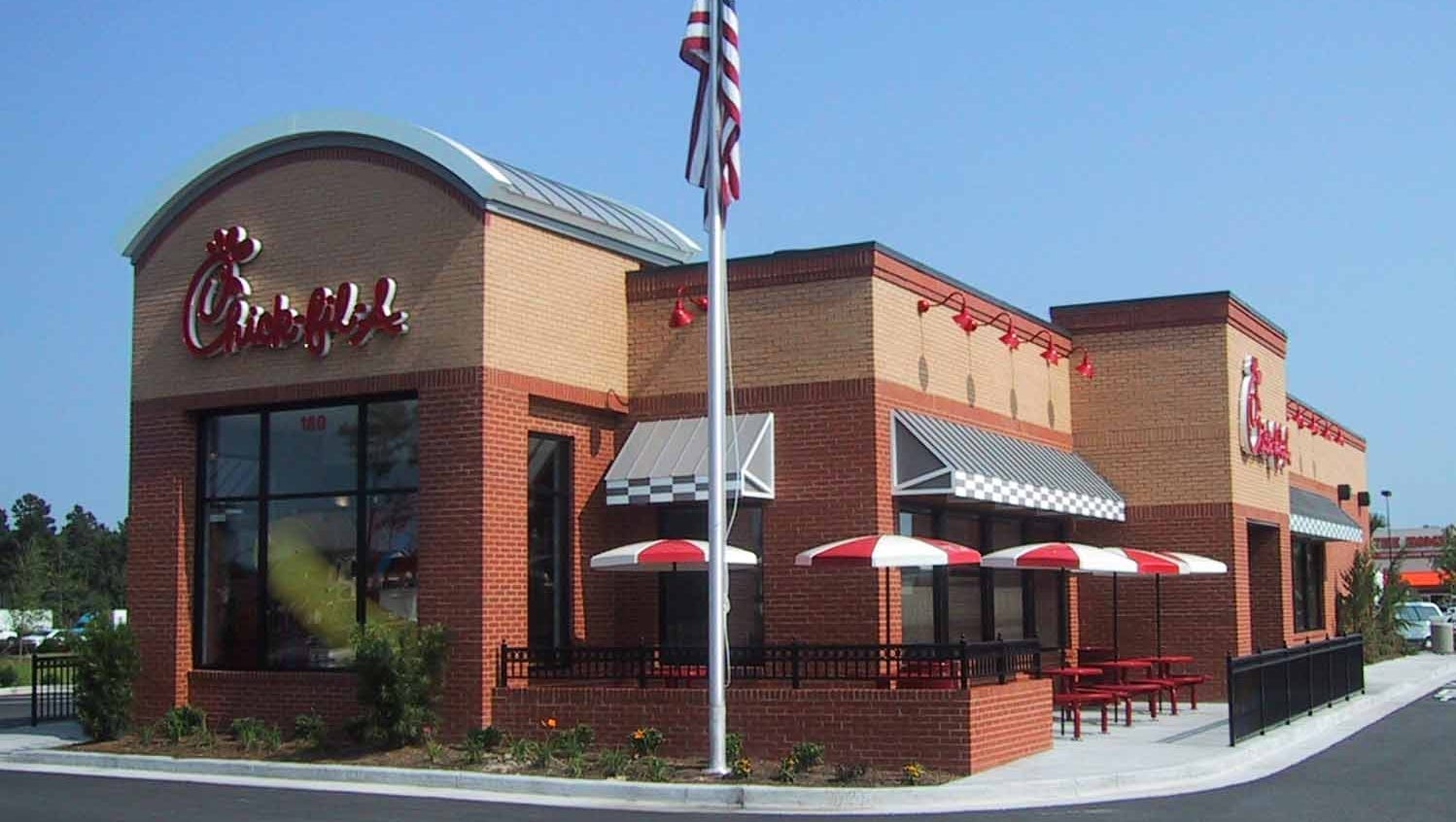 One of the top chain restaurants, famously known for their chicken sandwiches, Chick-fil-A, has many loyal customers despite controversy regarding their public stance on certain social issues.

While Chick-fil-A is privately owned and won’t go public as long as it remains within the founder’s family, there are other ways to invest in their growing success.

This article will cover information about Chick-fil-A, why they aren’t currently an initial public offering (IPO), and avenues for investment.

With a name that’s a play on the American pronunciation of “filet,” the Chick-fil-A restaurant is one of the U.S.’s largest fast-food chains, specializing in chicken sandwiches with a side of superior customer service. There are over 2,600 Chick-fil-A restaurants throughout North America.

Samuel Truett Cathy founded Chick-fil-A in Hapeville, Georgia, in May 1946. Initially, the restaurant started at Cathy’s establishment, the Dwarf Grill, currently known as the Dwarf House. It wasn’t until 1961 that he registered the name Chick-fil-A Inc. after discovering a pressure-fryer could quickly cook a chicken sandwich.

This discovery inspired the company’s flagship menu item and slogan, “We Didn’t Invent the Chicken, Just the Chicken Sandwich.” And they’re not wrong. There’s something about a Chick-fil-A sandwich made with quality meat alongside a waffle fries combo that stands out among the sea of fast-food favourites.

Cathy was a devout Southern Baptist, so the company’s values are highly influenced by his Christian religious beliefs.

Today, the company’s headquarters remain in Georgia, near where the brand was originally founded. They have adopted other slogans such as “Home of the Original Chicken Sandwich” and “Eat Mor Chikin” in their marketing campaign that started in 1995.

Their current menu also has expanded beyond chicken sandwiches to include:

The current CEO of Chick-fil-A is the founder’s son, Dan Cathy. He grew up at Chick-fil-A and performed odd jobs at the restaurant since he was young, including entertaining customers and scraping chewing gum off the bottom of tables.

With this experience, there’s little surprise he is ranked highly by employees and has a leadership style focusing on customer service. Cathy believes “selfless, servant leadership is about action.”

On Comparably, where 612 employees rated him, Dan Cathy received a score of 74 out of 100. Compared to Chick-fil-A’s top competitors and in the top 15% of similar-sized companies, that’s first place.

Dan Cathy became CEO in 2013 after his father retired at age 92. After the leadership transition, the following changes occurred:

1 – Modernization of the Atlanta corporate office with also opening an innovation center modeled after Silicon Valley tech companies, such as Apple and Pixar.

Standing Among Other Industry Giants

Chick-fil-A’s main competitors are other fast-food restaurants, especially those that have started serving chicken sandwiches. These include:

Chick-fil-A’s sales have tripled in the past decade, with Technnomic’s 2019 Top 500 Chain Restaurant Advance Report, ranking it at number five above Wendy’s and Burger King. In 2019, Chick-fil-A’s systemwide sales were reported at $11 billion, increasing from $10 billion in 2018.

One of the ways Chick-fil-A stands apart from its fast-food competitors is its attention to customer service. In the words of the founder at Chick-fil-A, they aim to be about more than just selling chicken and also “be a part of [their] customer’s lives and the communities in which [they] serve.”

This service-orientated approach applies to both external and internal customers. The company invests in its employees by offering training programs and tuition assistance. Every franchise is encouraged to help employees achieve their career goals, regardless if it involves the fast food industry or not.

There’s little surprise the company received high rankings in the American Customer Satisfaction Index (ACSI), with a score of 84 and 83 out of 100 in the 2020-2021 report. This ranking makes it the top limited-service restaurant for the 7th year in a row.

Other fast-food giants, such as Dominos, KFC, McDonald’s, Subway, and Taco Bell, were below 80. Chick-fil-A obtained high customer ratings in categories such as speed of service, food quality, accuracy, and mobile-app reliability.

Chick-fil-A is not an IPO and is privately owned, with the private equity shares divided between Samuel Truett-Cathy’s three children. However, there are a few ways you can take advantage of the company’s success, or you may choose to invest in other comparable brands.

Although Chick-fil-A stocks would be a solid investment for anyone seeking to invest in fast food, chain restaurants, or fried chicken markets, that currently isn’t an option for the public.

One of the main reasons they aren’t interested in becoming an IPO is because of the Christian values that influence the company. There is concern that an IPO would change how the brand controls its company value and regulate quality.

Founder Samuel Truett-Cathy had his children sign a legal agreement to remain committed Christians and never open the company on Sundays. The agreement also included a clause never to take the company public and, instead, grow conservatively.

We will only start seeing Chick-fil-A IPO if the company is sold outright to a new owner. In this case, once the private ownership has been transferred, the new owner will offer shares to the public as stock.

So far, there doesn’t seem to be any indication that the Cathy family is planning to sell the company.

The only way to share in Chick-fil-A’s success as a fast food restaurant is to become a franchisee.

However, note that Chick-fil-A calls their franchisees “operators” since operators don’t receive stock equity, nor can they sell their locations or pass it on to the next generation. Operators do benefit from the company’s reputation, training, business model, and earning capacity.

An operator can own only one restaurant and is expected to operate the business full-time, hands-on, and without any other active business venture. Chick-fil-A is very picky about who it chooses as operators since they seek people who fit into its culture and business model.

They are known to accept less than 1% of applicants annually! However, once you are selected, Chick-fil-A provides support to cover costs to get established, including:

A Chick-fil-A franchise costs only $10,000, but the company expects a lifetime and holistic commitment to business operations. The process to apply for a franchise has multiple steps where the company gets to know candidates personally.

3 – If selected to progress through additional application tiers, you will have to provide information on previous work experience, financial health, leadership, and geographical preferences, including how you have personal connections in the local community.

4 – Completing virtual and in-person interviews, including providing references of friends, family members, and previous business partners to be interviewed.

5 – If selected after the final selection stage, completing a multi-week training program before opening a location.

Since Chick-fil-A is privately owned, the best alternative companies to buy stock in are similar successful business models. Comparable companies in the restaurant market provide fast service, quality products and have expanded through franchises.

One specific segment to consider for investment are companies focusing on specializing their products to a few high-quality ingredients. Three examples include Chipotle, Dominos, and Shake Shack.

Even through a food safety concern, Chipotle survived and continues to thrive. This company focuses on a few quality ingredients, charges premium prices for its products, and concentrates on four specialties: tacos, burritos, quesadillas, and bowls. They also have a history of making money, including reporting an operating cash flow of $721.63 million at the end of June 2020.

While their stock prices may have reached a peak, they can also fluctuate to a level reasonable for buying. Regardless, the company’s solid foundation means a long-term, buy-and-hold strategy can bring favorable returns since Chipotle is expected to stay for years to come.

Dominos focuses on pizza and has streamlined its take-out and delivery services, even letting you track your meal preparation progress online. The company also has a history of making money, with an annual cash flow of $438.92 million on December 31, 2019.

The stock may be overvalued right now; however, it offers a good option for momentum investors. Dominos also gives their investors quarterly dividends, providing a steady flow of cash returns.

Shake Shack focuses on burgers, fries, and shakes, with only one chicken sandwich and chicken bites alternative to their Angus beef burgers. They create these products well and are predicted to increase stock prices from $74 to $80 in 2021 to $175 in 2026.

While the smallest company in this top three comes with added risks, they also have room to grow with plenty of potential. The company plans to open up to 50 additional locations in 2022, contributing to its projected growth.

If you have your heart set on investing in chicken-based food, check out these alternative IPOs:

One of the unique aspects of the Chick-fil-A business model compared to other fast-food restaurants is their commitment to staying closed on Sundays.

Their website clearly states that Samuel Truett-Cathy believed it important to close on Sundays so he and his employees could have a day for rest and worship. While some people respect the Christian values upheld, some are disappointed they can’t visit the restaurant on their day off.

Chick-fil-A was also involved in negative publicity over the controversy regarding their CEO, Dan Cathy’s public stance opposing same-sex marriage.

Cathy’s stance resulted in LGBTQ+ activists putting pressure on the company, leading to locations closing down. The company itself has states that they have no political agenda concerning marriage or families, standing by their claim that “Everyone should feel welcome at Chick-fil-A.”

Chick-fil-A has undergone some transformations to counter its negative public reception. For starters, they’ve decided to stop supporting anti-LGBTQ+ organizations. In 2019, a spokeswoman for the company stated the company would focus its donations on education, homelessness, and hunger.

The company has also shifted its culture to become more inclusive, including allowing franchisees to open on Sundays and encouraging operators to separate their private beliefs from their public role representing Chick-fil-A.

All operators of franchises have also been warned against speaking out on their political views. The company is known to turn down candidates trying to bolster their political campaigns. The brand stands its ground that they are about food and nothing more.

Chick-fil-A does not appear like it has plans to become an IPO any time soon, meaning, unfortunately, stock options for the public aren’t available. However, the company is still a great example of a business that has focused on its strengths and grown considerably over the years through quality food and customer service.

Despite the controversy they’ve been involved in, Chick-fil-A still has loyal and repeat customers. Their amazing customer service, delicious chicken sandwiches and waffle fries, and selective franchise process have outweighed the negative publicity and contributed to their overall success.

To take advantage of their success, you can commit to operating a franchise. Or go another route and invest in other chicken-based food IPOs or companies that share similar qualities and potential as Chick-fil-A.

Maybe one day, the company will continue its transformative trajectory and change ownership to make public stock equity available for all of us. Only time will tell!