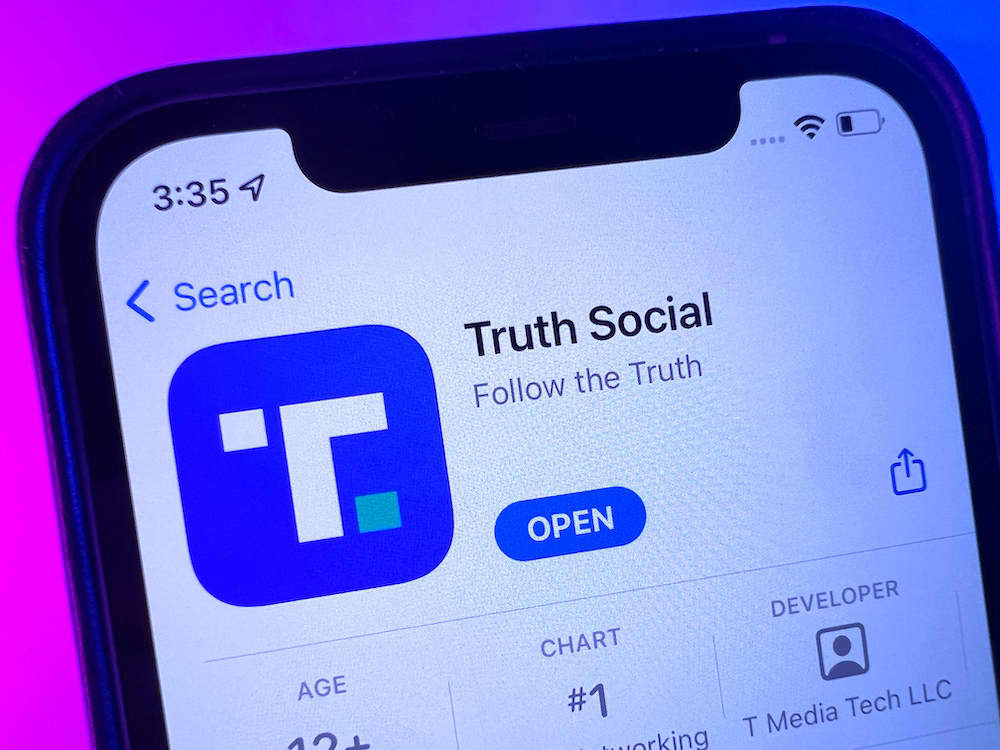 Unless you’ve been living under a rock, you’ll have heard something about the love affair and messy breakup between the former President and the social media app.

Let’s refresh. During his ascendancy to The White House – and his tenure as President itself – Donald Trump posted to Twitter a lot. In fact, he once sent out 200 tweets and retweets in a single day. The social media app no doubt aided Trump’s rise – but equally gave ordinary citizens unprecedented insight into the workings of a President’s mind.

(Trump used the platform to boast of his I.Q., to tell the world he could beat up Joe Biden and to reflect on the fact that he had ‘never seen a thin person drinking Diet Coke’. Of course, the world gratefully gobbled up these gems of wisdom.)

That is, until January 2021 – when Donald Trump’s Twitter account was permanently suspended in the wake of the Capitol riots. The social media platform stated that Trump’s tweets were ‘likely to inspire others to replicate the violent acts that took place on January 6, 2021’.

Trump meanwhile used the @POTUS Twitter account to accuse the company of preventing free speech and promoting a leftist agenda. He also highlighted the possibility of ‘building out our own platform in the near future’.

Fast-forward 13 months, and the possibility of Donald Trump launching a new social media company has become very real indeed. It’s called Truth Social, and it hit Apple’s app store in the USA on February 21 2022. The app’s website claims it ‘is America’s “Big Tent” social media platform that encourages an open, free, and honest global conversation without discriminating against political ideology.’

So could Truth Social be the latest free app to take the world by storm? And could this new social media platform see its stock soar in the same way Twitter, Facebook and Snap have in the past?

Read on, as we drill deeper into Truth Social, and look at the possibility and potential of acquiring shares in former President Donald Trump’s social media venture.

What do we know about Truth Social so far?

In October 2021, Trump Media announced a merger with Digital World Acquisition Corporation – a special purpose acquisition company (or ‘blank check company’) that would allow Trump Media to become a publicly-traded company without offering an IPO.

Digital World Acquisition Corporation completed its IPO in September 2021, with a single share priced at $10. As of March 3, 2022, Digital World’s shares are trading at around $75.

Truth Social launched for Apple IOS users in the USA on February 21, 2022, quickly moving to number 1 position on the app store’s ‘Top Charts’. According to AppTopia’s data, Truth Social was recieved 170,000 downloads the first day it was listed on Apple’s app store.

That said, the app’s launch was not without teething problems – there were widespread reports of users struggling to complete registration, or being placed on a 100,000-long user ‘waitlist’.

Truth Social was down altogether for a 12-hour period, and has received less than stellar press from the mainstream media. Several outlets reported that Donald Trump was heard screaming into his phone about the app; strangest of all, nearly three weeks after the platform’s launch, the former President is still yet to post on Truth Social.

So, can I buy Truth Social stock?

As of March 2022, it isn’t possible to buy Truth Social stock because the company isn’t publicly listed – and is therefore not trading on the stock exchange.

But while it is might not be possible to purchase stock directly, this doesn’t make investing in Truth Social or Trump Media an impossibility.

If you’re convinced that the social media company founded by former President Donald Trump will be the next phone app to really pop, there are ways you can back it indirectly.

Will there be a Truth Social IPO?

In all likelihood, no.

Special purpose acqusition companies like DWAC have no commercial operations of their own – and are instead set up to merge with and raise capital for an existing company.

As long as the merger is approved, Digital World will provide Trump Media with $293 million in funding – and investors will then be able to acquire TMTG stock.

However, several sources have recently reported that the SEC is unlikely to accept the merger between DWAC and TMTG – since regulations make it illegal for an SPAC to discuss merging with a potential target prior to listing as a company.

There have been multiple reports that Trump and DWAC CEO Patrick Orlando had previously discussed a merger, and that the SPAC was launched specifically with the TMTG merger in mind – clearly violating SEC regulations.

Are there other ways to invest in Truth Social?

Yes, in theory there’s a simple way for users to indirectly back Truth Social – by acquiring DWAC stock. Since DWAC is a special purpose acquisition comapny, its share price will largely be dictated by the performance of Trump Media.

But, before you commit to buying a bag – it’s worth noting that several experts have warned of the risks of investing in DWAC.

We know what you’re thinking – a high share price is a good thing, right?

Of course it is. But it also feeds into the company’s valuation – which is not far off $15 billion. That’s pretty high for a brand-new venture whose operational capacity remains shrouded in uncertainty.

Secondly, it’s important to bear in mind that the DWAC/TMTG merger would likely lead to TMTG – rather than Truth Social itself – being listed on the stock exchange.

While Truth Social is currently Trump Media’s most visible property, the social media app looks unlikely to be the company’s main economic driver in the longer term.

Indeed, TMTG’s own projections foresee $3,665.3 million in revenues in 2026, but only expect a small portion (>8%) to come from Truth Social – with the bulk of income stemming from the company’s streaming platform.

If this is the case, TMTG’s share price will be influenced by factors apart from Truth Social’s performance. Truth Social might flourish, yet if TMTG+ does not reach expectations, it is not unreasonable to think that TMTG’s stock might flounder.

Thirdly, the SEC’s investigation of the DWAC/TMTG merger throws another spanner into the works. Opinion is split over whether the merger will be approved: if it isn’t, DWAC’s stock is bound to be hit hard. And in the short-term, uncertainty surrounding the SEC’s ruling could lead to serious price fluctuation.

Of course, there is always another side to the coin – and should the SEC approve the merger, DWAC’s stock would likely spike.

Still, for now at least, DWAC is shrouded in too much uncertainty to make its stock a solid investment. That doesn’t mean its share price won’t continue to rise – but at the moment, it remains a gamble.

Naturally, the social media sector is crowded – and Donald Trump is far from alone in wanting to take on the likes of Facebook and Twitter. With Truth Social stock not available for the time being, retail traders may want to buy shares in other social media companies.

Indeed, Truth Social isn’t even the only ‘anti big-Tech’ micro-blogging platform to emerge in recent years. Both Gab and Parler claim to be social media platforms that champion free speech; although critics have claimed both apps are breeding grounds for far right ideas.

Neither Gab nor Parler are publicly trading as of March 2022 – meaning that you cannot currently acquire stock in either company. That said, if you’re one of those who expects a major shift in the media landscape in coming years, you may want to keep your eyes open for news of an initial public offering.

Of course, the greatest hurdle to any social media platform’s success is competition – with so many established free apps offering similar capabilities, it will take a great deal of traction for a newcomer to get off the ground.

If you feel confident that chat apps will continue to thrive in the near future, but don’t want to wait for Truth Social shares to hit the market, why not consider some other stocks? The likes off Facebook, Twitter, Zoom and Slack are all trading publicly – meaning you can buy shares today, and continue to diversify your portfolio. 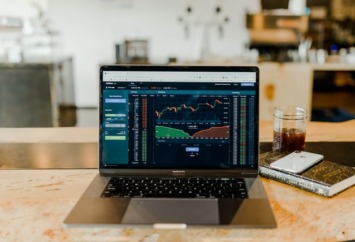 How to Make $50 a Day Trading Stocks