During early 2020, many stocks were down thanks to the pandemic’s looming economic presence. Meanwhile, other COVID-essential stocks like Zoom skyrocketed. With many people were working from home, several industries were hurting, but companies that learned to ride the virus wave thrived. Not surprisingly, one of the businesses that profited the most from the pandemic (and its stay-at-home orders) was Peloton Interactive (PTON).

In the last quarter of 2020, the company cleared more than $1 billion in sales. They struggled to keep up with customer orders, but we’re not in 2020 anymore. In 2022, Peloton faces an entirely different set of circumstances. Let’s take a closer look at the Peloton stock, market data, the bikes offered by Peloton, Peloton’s interactive elements, and issues facing the company today.

Peloton Interactive (PTON) is a public company founded in 2012 and headquartered in New York City, NY. Peloton interactive first sold a stationary bicycle via the website Kickstarter back in 2013 (for $1,500).

According to an annual report from the U.S. Securities and Exchange Commission, Peloton Interactive employs 1,282 employees in the United States and an additional 354 abroad (UK, Germany, and Taiwan). The company’s brief history has garnered several big and small controversies, including advertising controversies, lawsuits, and safety issues.

To understand the tumultuous nature of Peloton stock, you have to understand what they offer to consumers. They specialize in connected fitness equipment. Peloton Interactive currently offers two stationary bikes for consumers to purchase. Both bikes are of a similar size and possess many of the same capabilities, including the ability to access online interactive workout classes.

The Peleton Bike is the original Peloton product. It features a tilting 21.5-inch high-definition touchscreen monitor. The stationary bicycle also has two 10 watt speakers. On their website, this bike is priced at $1,495. This cost doesn’t include the delivery and set up fee of $250.

This improved bike includes Apple GymKit™, which allows you to sync an Apple watch to your bike and monitor your heart rate and other metrics. As you might expect, the Peloton Bike+ is significantly more expensive. It’s listed at $1,000 more than the original, with a price tag of $2,495. Buyers who choose this product don’t have to pay a delivery or setup fee.

Are you looking to make a safe investment with little risk? Or are you trying to take a big swing and potentially make a big return? Either way, every savvy investor understands their target stock in a few ways, including:

When it comes to Peloton Interactive (PTON), we’ll be answering these questions for you. Remember that a strategic investor can take advantage of just about any situation, but knowing these factors can help you decide if and when it’s smart to invest.

As an investor, it’s important to understand the Market Capitalization or market cap. This is a company’s total market value (in dollars). Typically, investing in a company with a higher cap is somewhat more conservative. A company with a high cap indicates that the company already has a very high value but less room to grow.

On the other hand, a company with a lower cap are, by their nature, riskier. A low cap indicates that a company is simply not worth as much. A company that isn’t worth as much can grow exponentially, but that is far from a guarantee.

Since its formation in 2012, Peloton has certainly grown. The market cap for Peloton Interactive on March 1, 2021, was 36.46 billion dollars. At the time, this may have indicated to the average investor that Peloton was a safe, conservative investment.

Since that time, Peloton’s cap has taken a hit—a very notable hit. The cap has dropped to less than one-quarter of that amount as of March 1, 2022. The cap for Peloton Interactive, just one year later, is 9.15 billion dollars. That is quite a significant reduction.

The reduction in Peloton’s cap comes from an economic market shift and the many issues and controversies that have faced this exercise bike brand.

Knowing the market trends associated with a stock is helpful before buying your shares. Market trends can help you frame how risky or certain investments in a specific stock might be. For Peloton Interactive (PTON), there were a few key indicators across the last year, including where the stock opened, closed, and the high/low prices for the days. The five dates below are approximately three months apart.

It’s clear that the price of Peloton Interactive (PTON) has dropped significantly (precipitously, even). This isn’t always a sign of things to come, but it’s certainly important information to know.

Peloton is a relatively young company, just over ten years old. Despite this, they have had more than their fair share of controversies, leaving them taking significant corrective actions. Below, we’re outlining a few major events that have impacted the stock price.

In all honesty, the coronavirus impacted all stock prices significantly. In many cases, this was a negative result. But Peloton interactive saw a huge benefit from the worldwide shutdown. Gym patrons who would go to their local gym suddenly had no outlet for their fitness. This generated many new customers for Peloton, and the stock price soared.

Peloton was featured in a major television show, “And Just Like That,” the sequel to Sex and the City. Normally, this would boost company stock, but not this time—it’s all about context.

The Peloton bike was used by Mr. Big, played by actor Chris Noth. The character died from a heart attack after exercising on the bike. According to Variety, the day after the episode first aired on HBO, the shares fell 11.3%.

To help with the fallout, Peloton hired Noth to act in a commercial for their product. Putting someone in charge of controlling the narrative seemed like a genius marketing move. Or at least it did until just days later when Noth was accused of sexual assault by multiple women. In response, the company pulled the advertisement.

The Commercial Everyone Loves to Hate

Another advertising snafu associated with Peloton Interactive is their advertisement “The Gift That Gives Back.” In this video, a wife gets a Peloton bike as a Christmas gift from her husband. The wife is shown exercising on the bike and recording a video diary for a year.

This received a lot of pushback online, as many viewers saw this negatively. Viewers believed that this was sexist messaging and that the husband implied that his wife needed to exercise more. While the company publicly defended the ad, it did hurt Peloton stock.

While technology-enabled fitness is quickly growing, Peloton stock has shown us that the current environment and economy significantly impact the buying power of consumers. As you look to purchase stocks, ensure that you review all factors that make up a company and its past stock actions. Peloton Interactive (PTON) has proven its ability to gain a market; we look forward to seeing what they do to maintain and grow their current market. 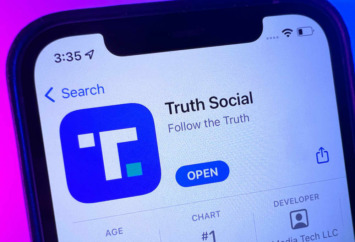