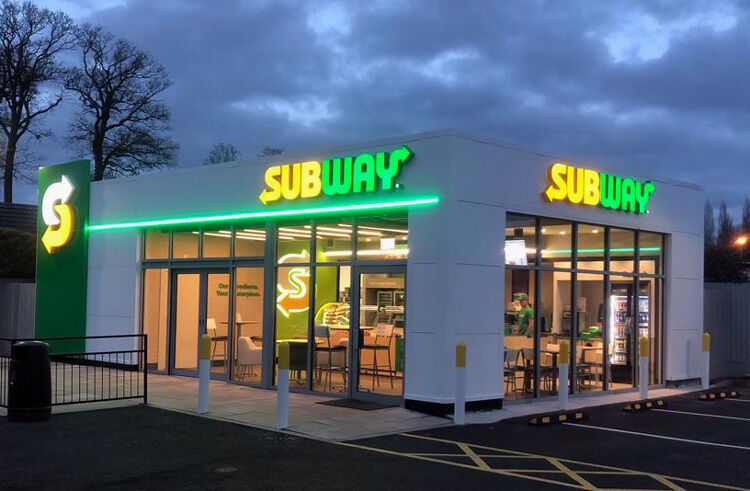 Lets get straight to the point…

Can you buy Subway stock?

No. Subway was started in 1965 by a broke teenager with a vision and bills to pay. That dream has given rise to the tens of thousands of Subway outlets in the UK and worldwide. But such a corporate giant is still privately held by the parent company, Doctor’s Associates Inc.

Investors have been itching to get their hands on Subway stock for some time but unfortunately, Subway stock isn’t currently available to buy.

No. You can’t buy shares in Subway, despite enormous appetite from investors to get involved.

When Will Subway Go Public

While bankers and investors would jump at the first opportunity at a Subway IPO, the company has not shown any interest in going public. When one of the two founders, Fred De Luca, died in 2015, it seemed an IPO was the most plausible thing to do for the organization.

However, following a conversation that De Luca had with Nation’s Restaurant News in 2010, he shared his reservations about going public. He mentioned a conversation that he had with his co-founder Peter Buck, and they agreed that running a franchise was enough trouble.

Will it go public? It started as a private chain in 1965, and it looks like it’ll stay that way.

With over 40,000 outlets worldwide and a chain of over 20,000 franchises, Subway has a huge presence in the fast-food restaurant industry. Its menu of sub sandwiches and salads is considered a healthier alternative to other fast food options, which is how the franchise carved itself a niche.

With Subway such a big player, you may be chomping at the bit to get your hands on some Subway stock. Well, to date, Subway is not publicly owned or traded. Each franchise is held privately; the stock is not up for sale. When the founder of Subway passed in 2015, he left the company to his sister, who still privately owns it.

Subway is arguably one of the world’s most famous sandwich and salad bars. It was founded by two friends back in 1965. Fred Deluca needed college tuition money, which a family friend Peter Buck loaned him. Peter’s $1,000 loan went towards opening their first eatery, Peter’s Super Submarines, where they served fresh sandwiches.

A couple of years later, they renamed their eateries Subway and whittled their menu down to their popular foot-long subway sandwiches and salads. They positioned their sandwiches as healthy food against other fast-food offerings. This was their differentiating factor. Their company slogan ‘Eat Fresh’ remains to date.

By the ’80s, Subway was laying claim to the fastest-growing ‘sub chain’ in the world. The first Subway stores opened outside the US in Bahrain. There are 2,200 Subway outlets in the UK alone — and it didn’t even originate here.

John Chidsey: The Subway CEO With a Foot Long Resume

Subway’s CEO, John Chidsey, joined the corporation in 2019 after various stints in the corporate and business world. His previous job just before joining Subway was with Burger King Corporation as the CEO and executive chairman. Chidsey also sits on the audit committee of HealthSouth Corporation, a body that offers home and facility-based health care. He serves as a director of the same organization.

Chidsey’s resume names him as a business person and attorney, but the Subway CEO is best known for his ‘Eat Fresh Refresh’ revamp on the Subway menu. This menu refresh came in the wake of allegations that the tuna served by Subway was ‘fishy.’ However, Chidsey maintained that all their subway fillings were real food made from fresh ingredients.

Subway had previously suffered store closures, and the appointment of Chidsey may be an attempt to turn around the company’s fortunes. Since he helped Burger King through its successful acquisition by 3G Capital in 2010, he may well help stabilize Subway’s fortunes.

Subway sells healthier meals to millions of people worldwide. The company prides itself on creating unique sandwiches made from fresh ingredients and bread. Subway also employs hundreds of thousands of people across the globe, contributing significantly to world economies.

In a tweet, Subway once claimed to use over 16 acres of lettuce daily. Additionally, the restaurant chain claims to provide “healthier food choices, for a healthy lifestyle,” which is not found readily in the fast-food lifestyle. Having a restaurant chain such as Subway offering alternative meals that are not only healthy but fast gives the consumer better choices for their overall health. A business that offers such great benefits and contributes to hundreds of economies across the world matters.

As far as Subway’s performance worldwide is concerned, it had a good run in the beginning but is now grappling to maintain its market share. One of the strategies that may have worked for this corporate giant is its simple business model.

To own a franchise, you need to have the money, the training, and the approval. Subway’s franchise fees are also way cheaper than other fast-food giants like Burger King and McDonald’s. By the year 2012, Subway had the most outlets worldwide than any fast-food chain on the planet, thanks to their business model.

From the 1990s to the early 2000s, Subway recorded sales of up to $2.1 billion in gross sales. Unfortunately, because of the world recession in 2008, sales began to plummet. They recovered, but only briefly, the next year.

Despite their inexpensive franchise setup costs, Subway has still encountered stiff competition from major competitors like McDonald’s. The company also had some of its market share taken away by similar yet smaller fresh food outlets, including Firehouse Subs, Jimmy John’s, and Panera.

In general, Subway has quite a lot of work to do to reclaim its market share, despite having a huge worldwide footprint. The menu revamp, which the company introduced in June of 2021, may be a step in the right direction. But only time will tell.

Moreover, the market is now more competitive with increased eateries and healthier food outlets that are slowly but surely stealing away Subway’s market share.

In my opinion, going public with a decent IPO may be the biggest boost the company could get. But tradition may keep the company private for years to come. 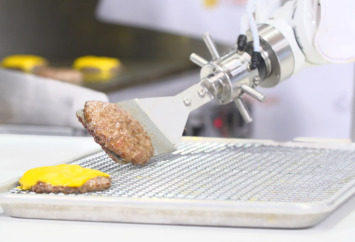 Can you buy Miso Robotics stock?